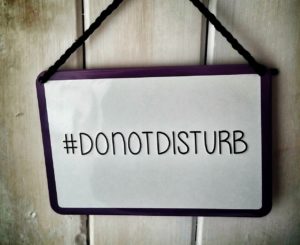 Written by
Will Weatherly

Poor Hashtag Use Can Hurt Your Brand

This blog is part of the How to Monitor Social Media in 10 Minutes a Day eBook download.

Hashtags are a huge part of social media marketing. Use them well, and they will help bring consumers and positive feedback to your site. Use them poorly, and they can be ignored, embarrassing, or worst of all; turned against you.

Common mistakes with hashtags are:

In making a post on social media, hashtags are often thrown on as an afterthought, which can lead to mistakes being made. What happens is either the hashtag is being used incorrectly, or they could be prone to hijacking, which can be a major issue for your brand.

Mistakes in spelling, or the hashtag being too wordy, are simple mistakes that can usually be remedied by proofreading. Sephora once launched a media campaign using the hashtag #CountdowntoBeauty to promote store openings. In a lapse of editing, they forgot the first “o” in “countdown” which brought significant unwanted attention. Not all spelling mistakes are as hurtful as Sephora’s was, but they are bound to be embarrassing and confusing either way. If a hashtag has too many words, it can be difficult for a potential consumer to understand, or the meaning of the tag could be misconstrued.

Trending tags can promote your business and be seen by many more people than would usually see it, which means if they are used improperly the negative results will be amplified. If you use a trending hashtag not related to your brand in an attempt to jump into the spotlight, it will also not be received well. This can cause disastrous scenarios, as DiGiorno found out the hard way. The Twitter hashtag #WhyIStayed was used to describe stories of domestic abuse, and without investigating the meaning of the hashtag, DiGiorno posted “Because you had pizza”. Using trending hashtags can have significant rewards, but if you do not use them wisely, your company could run into big issues.

A hashtag hijacking is when the hashtag you created to promote your business is largely used against you by your detractors. Tags often can be turned against you if the hashtag is self-serving or if you have many detractors. For example, McDonald’s had issues with hashtag hijacking when they launched their campaign called #McDStories. This tag was meant to elicit positive feedback from their customers but instead was used sarcastically to detract from their campaign.

While the potential threats seem large, it is easy to protect your brand and still effectively use hashtags in your social media marketing.

This one is simple: proofread all hashtags you want to use to make sure you aren’t misspelling anything and that the tag can’t be interpreted in a negative way. It may be a good idea to have someone else read the post, too. You know what they say, “Four eyes is better than two.”

The most effective way to safeguard yourself against misusing trending hashtags is to research the tags and make sure you fully understand what they mean before applying them to your campaign.

This one is a little more difficult to combat, but there are some effective precautions you can take to minimize any potential damage.

It is important to know whether you have a large group of detractors, or if you have recently had difficulties people may be upset about. These are things that could make you an easier target for hashtag hijackers.

When making a hashtag or launching a campaign, if you are worried about hijacking then don’t use one synonymous with your brand. This minimizes any damage hijackers can do because people won’t immediately associate the hashtag with your brand.

Using hashtags like McDonalds’ #McDStories, that are intended to get customers to praise you are immediate targets for hijackers and appear the worst if hijacked.

Hashtags can easily go wrong and paint your business in an unfavorable light, but if you are thorough with your hashtag making process, any pitfalls can easily be avoided. And, when used correctly, hashtags can be great for your business. They are extremely helpful in quickly raising awareness and in creating a community. Don’t shy away from hashtags just because there are dangers associated with them. Treat them as seriously as you do a blog post or a social media post. Think about what you are trying to accomplish, observe any potential dangers coming from them, and monitor your feedback.