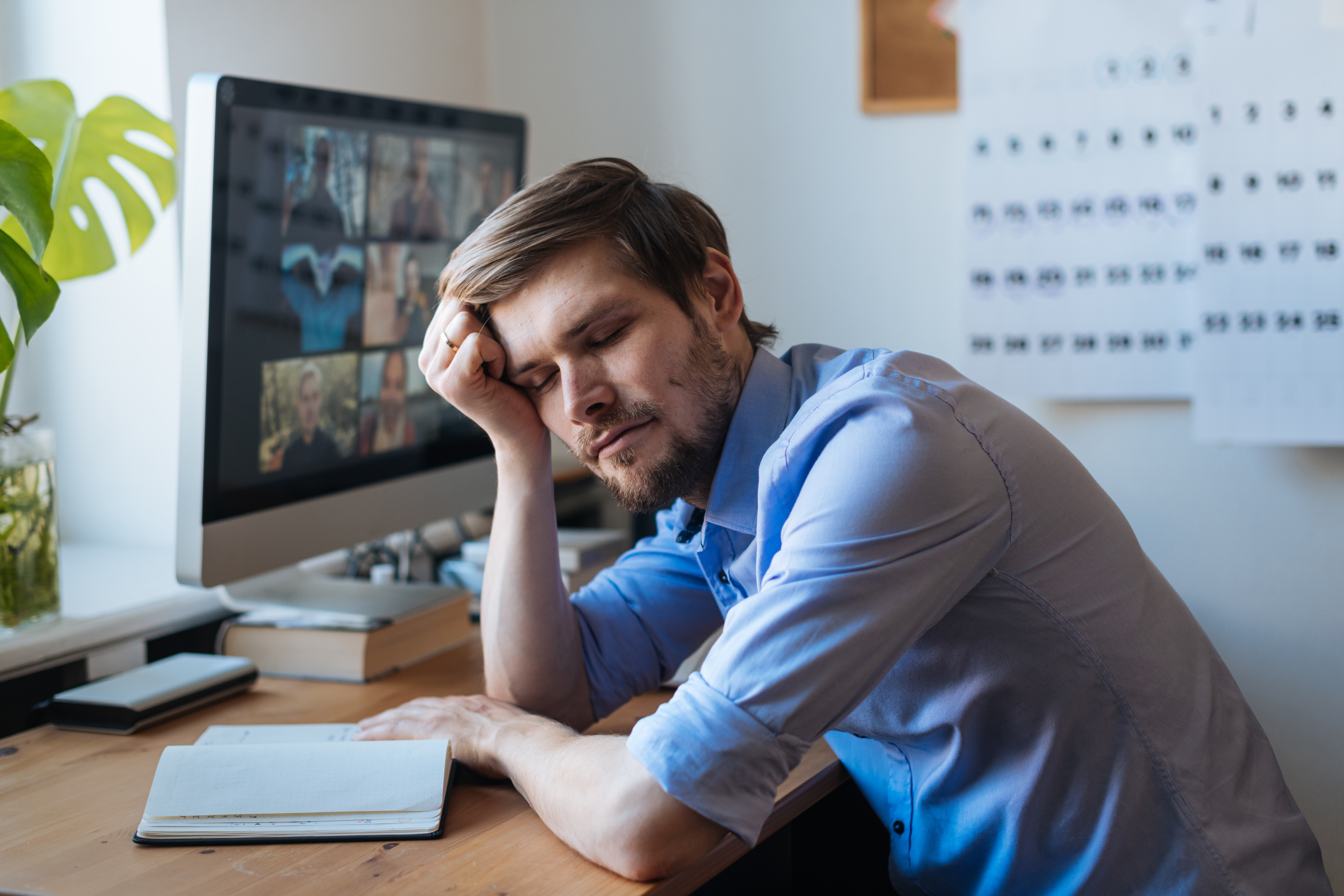 How to Combat Zoom Fatigue

Do you ever hang up a Zoom call and think, “Wow, I’m exhausted?” That can be a hard thought to come to terms with. Many of us used to live much more active lifestyles than we do now, so why is a conversation over video chat draining our energy? Believe it or not, Zoom fatigue is a real thing with actual scientific causes!

Zoom fatigue is a term for the tiredness caused by overusing video software, such as the one it’s named after. Last year, Zoom exploded in popularity. The software had a total of 10 million daily meeting participants in December 2019 and by April 2020 that number had jumped to 300 million. Bear in mind, those are not individual users. For example, if you had five Zoom calls in one day, you would be counted five times.

These days there are many modes for connecting: face-to-face, phone calls, texts, snail mail, email, social media, live video gaming, and video calls. The latter has blown up during this time of social distancing, hence the success of Zoom. According to Psychology Today, before the pandemic, roughly two-thirds of all social interactions were face-to-face. Now, a wide variety of communications are done via video call: conducting business, checking on friends and family, participating in fitness classes, hosting major events like weddings, going to school, and beyond. Of course, the ability to connect virtually is something to be grateful for and research has actually shown that the more channels of connection we use to communicate with someone, the stronger that relationship will be.

So, why is it that Zoom calls can feel so taxing then? Jeffrey Hall, a professor of communication studies at the University of Kansas, has conducted many studies on this subject both during and before the pandemic. He uses experience sampling, which involves checking in with people multiple times a day about what mode they last used for communication, who was on the other end, and how much energy the subject felt like that interaction had required. What he’s found is that compared to face-to-face, texting, and using social media, Zoom calls require the most energy of all.

This is because the rewards we receive from video chatting don’t justify how much energy it costs us to participate. The human mind is always, often unconsciously, attempting to maximize reward over cost, so much so that even minor behaviors and decisions are impacted by this brain function. Activating the pathways in the brain that are associated with reward increases subjective alertness, energy, and motivation, according to Psychiatric Times. This means if you feel like your actions will lead to high reward, your energy level will increase. However, if the cost of an action is too high and the reward of accomplishing it too low, you’re likely to become fatigued by it, no matter how small. This relates to Zoom fatigue because functional MRI data has shown that live face-to-face interactions, compared to viewing recordings, are associated with greater activation in the brain regions involved in reward.

But why do our brains perceive video calls as less rewarding than in person meetings? Believe it or not, all the things that Zoom users collectively find annoying enough to make memes about contribute to this, such as...

In a nutshell, video calls are high cost/low reward activities, so stop beating yourself up. Zoom fatigue is a valid, and even common, experience. Instead, focus on what you can do to combat it...

Although some things may have slowed down over the past year, switching to new forms of communication while trying to keep up the pace can lead to burnout. It’s also worth noting that because of everything else that’s been going on in the world, we’re all extremely vulnerable to additional burdens on our psyches. If you feel the Zoom fatigue starting to set in, it’s time to take a self-care break and practice some of those combat tips. No one (including employers) wants you to be exhausted, they want you focused and fighting!